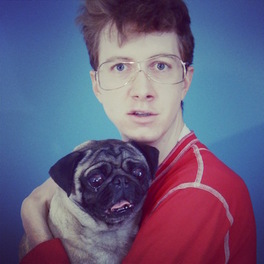 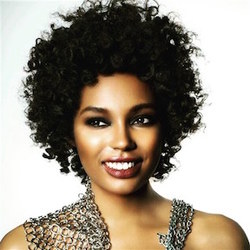 ​Alexius Smith (S. Levine) grew up performing, belting out hymnals with glee in the children's choir at age 5.  By age 8 she had appeared in a NASA news segment playing with gyroscopes bound for space, and had an award winning poem about the ills of racism published.  Bitten by the acting bug and a love of the arts Alexius dove head first into the entertainment arena after graduating. After winning an on air cohost position on a local radio show, Smith followed up that opportunity by associate producing and cohosting a Nielsen top rated show on the UPN network.  As Alexius blossomed into a young lady she was even featured in Essence and O The Oprah Magazine.  Utilizing her wit, vocal skills and love of performance she is proudly sashaying into the role of S. Levine for the Amazon Product Reviews Set To Music. 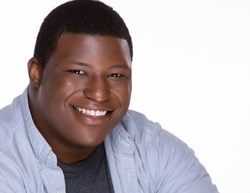 Larry Owens (Jay Woods) has been seen several times on Broadway, in the audience, crying at performances by Audra McDonald. He has been given stipends for such nuanced activities as acting, singing (loud!!!), and improvisation. He is thrilled to be apart of this project. For more: www.larryowenslive.com 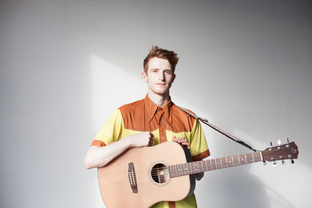 Bay Bryan (Miss Haterade) is a singer/songwriter, storyteller & performer based in NYC. Most recently he performed his solo-show Growing into My Beard in the One Catches Light Festival at Jack in Brooklyn! To find out what else he is up to check out his fancy new website, or follow him on Instagram! www.baybryanmusic.com / @baybryanmusic
​
​ 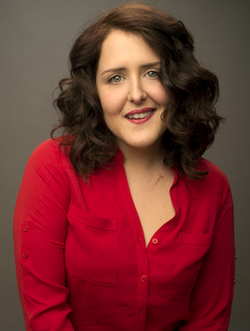 Rebecca Vigil (Kayla) is a musical comedian working clubs and theaters all over New York City. She is the co-creator and co-star of the two person improvised musical Your Love, Our Musical, the band leader on live late night talk shows; Right Now! With Carolyn Castiglia and Running Late With Scott Rogowsky, and tours nationally with the improvised Broadway Musical, Broadway's Next Hit Musical.  She also has a comedy cooking showBudgét Gormét and guest starred on The Food Networks's Giving You The Business. Find out more at Rebeccavigil.com 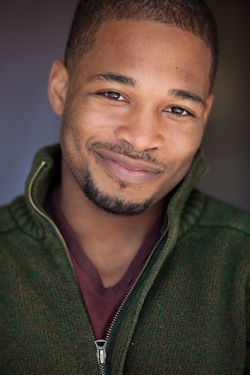 Gilbert L. Bailey II (TJ) Gilbert has performed on Broadway: The Book Of Mormon; in Tours: The Book of Mormon; How the Grinch Stole...; Riverdance, and Regionally: The Scottsboro Boys (The Ahmanson); The Color Purple (Milwaukee Rep). ​ 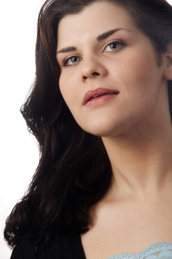 Lady Kate Weber (Main Momma) is a fancy lady and character actress working in the New York area. Her secretary wrote this bio for her. Learn more at www.ladykateweber.com 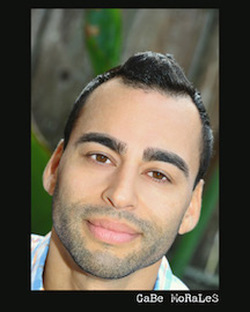 GaBe MoRaLeS (PJ Highflyer) is a NYC based StandUp Comedian and Actor.  A Native of San Francisco, GaBe has performed at Brava!Theater for Women and also SF SketchFest.  GaBe is a member of Intar Theatre’s Unit 52  company and has a B.A in Theatre from City College of New York.  CheckHimOut on Twitter @moralesgabe 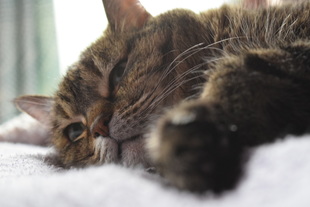 Bear Maul (Baby Kitty) is a Brooklyn based multi-media artist, performer, poet laureate, and activist. A former jazz musician/composer, Bear's rich musical background can be seen in all her performances. Bear uses her unique voice and deep sense of confidence to inspire other house-cats to dream bigger- and to nap like no one's watching. 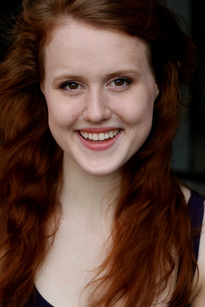 Laura Otremba (Dancer) is thrilled to be joining the Amazon Product Reviews Set To Music team! Some of her favorite credits include Roxie in Chicago, Maureen inRENT,   Kate Monster/Lucy in Avenue Q and Wendy Seyb's award winning dance comedy, How You Look At It. Laura lives in NYC and holds a BFA in Musical Theatre from MNSU Mankato. Thank you family, friends, and Christopher for your unconditional love and support. Special thanks to Wendy and the rest of the production team!   www.lauraotremba.com 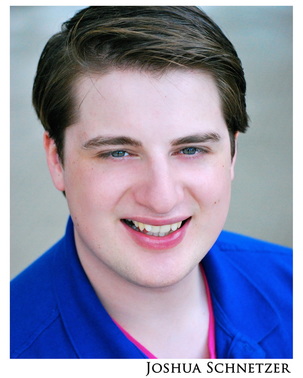 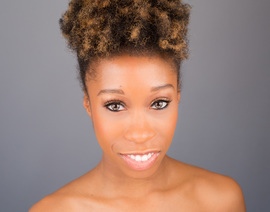 Daphne Lee (Dancer) (Rahway, NJ) began her dance training at the Rahway Dance Theatre under the direction of Ms. Jay Skeete-Lee. She graduated with Honors from the Ailey/Fordham B.F.A program in dance and is a recipient of the Denise Jefferson Scholarship award. Ms. Lee received scholarships to Jacobs Pillow, School of American Ballet, Dance Theatre of Harlem and is a regional gold medal recipient in dance for the NAACP ACT-SO competition. Ms. Lee was also featured in the opening video for the Mrs. Carter World Tour for Beyonce and was featured in a short film, “Life of An Actress” by director Paul Chau. Daphne performed works by Robert Battle, Benoit Swan- Pouffer, Amy Hall-Gardner and Alonzo King among others and was assistant choreographer to the musical “The Color Purple”. She has danced at the Edinburgh Fringe Festival in Scotland and was a cast member in the sixth season of Dance212′s online reality series. She has even graced the pages of Dance Magazine and was featured cover for the April Edition of Dance Mogul Magazine. The NAACP National Act-so competition invited her to be a judge in 2015. She was a member of Ailey II, Lustig Dance Theatre, Zest Collective, Oakland Ballet Company, and dance artist for UK artist Sydney Jo Jackson. She currently dances for Collage Dance Collective in Memphis, TN. 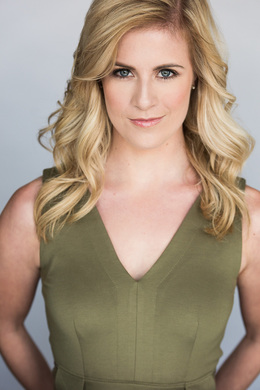 Beth Crandall (Dancer) made her Broadway debut in West Side Story and then served as dance captain for the show’s Broadway First National Tour.   Beth also dance captained the Broadway First National Tour of Wonderful Town,Carousel at the Tony Award winning Goodspeed Opera House, and Guys & Dolls at the Hanna Theatre in Playhouse Square.  She has performed in The Radio City Christmas Spectacular, Seussical, Oklahoma!, Hello Dolly!, High School Musical, The Music Man, CATS, and as Anybodys in West Side Story in six European countries, Japan, and Israel.  She can also been see dancing in the independent films How You Look at It starring Peter Scolari and the New Orleans film Le Pain.  Beth assists choreographers such as Emmy Award winner Josh Bergasse, Tony Award nominee Joey McKneely, and Tony Award nominee Christopher d’Amboise.  Recent assistant choreography includes 1776 at NY City Center Encores!, and the Jazz at Lincoln Center 2016 Gala:  Jazz and Broadway.  She is the associate director/choreographer for the Christmas show Miracles at Busch Gardens and works annually as an associate choreographer for the St Louis MUNY.  She earned her BFA from NYU’s Tisch School of the Arts. 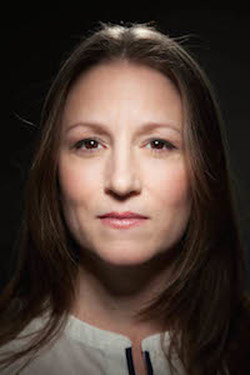 Award-winning Director/Writer/Choreographer Wendy Seyb creates vibrant stories using comedy, music, and movement. She works in film, theater, new  media, dance, and sketch comedy. Career highlights include choreographing THE PEEWEE HERMAN SHOW for Broadway and HBO, choreographing Sting, Kevin Spacey, and Oscar Isaac at Carnegie Hall, premiering her original Short Film starring Peter Scolari at top festivals, and developing the next musical from the Tony-winning team of URINETOWN. Her talents have been sought out by top names in the industry including NBC/Universal Television, The Cartoon Network, Nickelodeon, Disney Theatricals, Broadway Asia, and Richard Frankel Productions. Wendy has been awarded an Excellence Award: Woman Filmmaker, a Golden Nose Award, a Big E Award; and nominated for 2 Lucille Lortels, a Joe A. Callway, and Toronto’s DORA. Learn more at wendyseyb.com 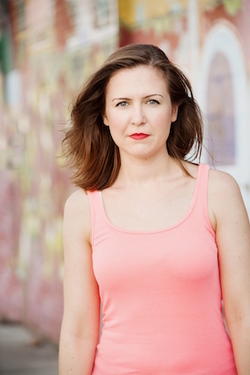 Katie Compa (Assistant Director) Growing up an ugly duckling outside Washington, D.C., Katie Compa developed a biting sense of humor as a highly effective defense mechanism. Now, she uses it to write and perform comedy. Equal parts sassy, smart, and sarcastic, Katie’s mile-a-minute delivery and critical, reasoned point of view crack up audiences worldwide. Katie cut her teeth in the Bay Area comedy scene, and is now based in New York City. She has been featured in San Francisco SketchFest and (don’t tell her mom) on HighTimes.com. 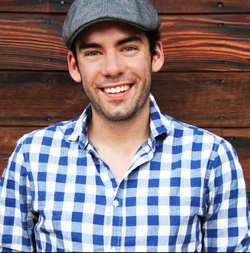 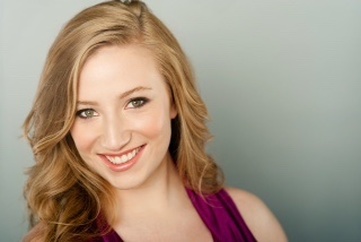 Haley Clair (Production Assistant) is an actor, singer, dancer, and voice over artist based in NYC.  Originally from Sonoma, CA, she has been the voice of several national commercials for notable brands such as Cricket Wireless, Spotify, and Audible Audiobooks, and has worked regionally in musical theater since the age of 16.  Favorite roles include Peter Pan (Peter Pan), Melpomene (Xanadu), Helene (Sweet Charity), Mrs. Thistletwat (Avenue Q), Sour Kangaroo (Seussical), and Judy (A Chorus LIne).  Haley is currently a member of the all-female pop a cappella group, Stiletta, who has headlined at Singstrong A Cappella Festival in Chicago and Washington DC, and who recently won the National Championship Title at the Harmony Sweepstakes competition.  She holds a BFA in Musical Theater from The Boston Conservatory. 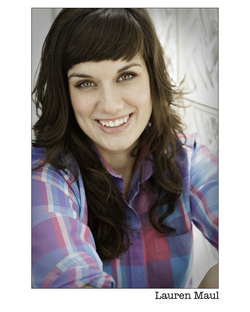 Lauren Maul (Creator/Composer/Executive Producer) is super excited to make this musical web-series with such an awesome team. When Lauren's not composing or writing, she's performing comedy, making puppets, and producing live shows in the NY area. She is the founder of Maul Face. Learn more at laurenmaul.com 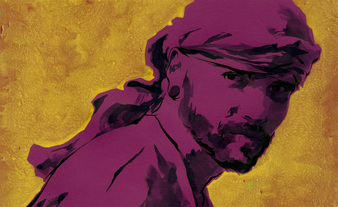 A.E. Kieren (prop maker) is a freelance illustrator and performer.  He specializes in on-location illustration, for "sketch journalism" as well as for events and entertainment. Clients include Target, Entertainment Weekly, Refinery Hotel, Sleep No More/McKittrick Hotel, MM&M, Johns Hopkins Magazine, The Dramatist, and Daily Front Row. He holds a BFA in Illustration from College for Creative Studies in Detroit, MI and an MFA inIllustration as Visual Essay from School of Visual Arts in New York City. Mr. Kieren has many ambitions, including editorial illustration for magazines, book covers, theatre posters, wine labels, and more. If you wish to collaborate on these or any other sort of project, please e-mail contact@aekieren.com 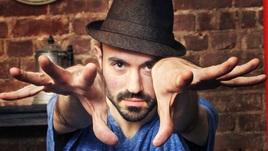 Nathan Goheen (Bass) was raised in Kansas and moved to New York City to study jazz and acoustic bass at Manhattan School of Music.  Upon graduating in 2004 he has played in a number of groups including various jazz ensembles, classical orchestras, and rock bands.  In September of 2015, he released his debut solo album which he wrote, performed, recorded, and produced himself.  http://www.napago.net.
​Scott Loving on guitar, and Owen Erickson on drums.
​Soundtrack recorded at Trout Recording in Brooklyn.